It was different this time because we knew. I had been standing in a crowded Beijing subway when the call came, mid-October. I remember the feeling of mild surprise about the miracle of subterranean connectivity when my brother’s number appeared on the display. „I have bad news“, he told me, his voice still affected by recent shock. He’d been diagnosed with pancreatic cancer. 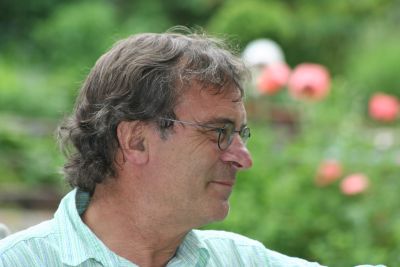 The weeks to follow were a time of adjusted expectations and prognosis, communicated mostly through unstable transcontinental Skype connections. As distinguished gastroenterologist, my brother was an expert in matters of his own sickness. „Six months maximum“, was his first sober assessment. Then a period of sudden hope, when five weeks of chemotherapy showed unexpected results, the liver metastases nearly gone, the original tumor significantly reduced. He even dared to plan a trip to Sweden with his family for the coming summer to see the midsummer sun.

But the evil demon wouldn’t have it. Unnoticed for some time, the tumor had already spread upwards, toward the peritoneum. Ignoring the demise of its original incarnation at pancreas and liver, it now grew with an amazing speed, eating itself into the substance of my brother’s body, transforming food and good tissue into a bloody cancer-infested liquid that inflated his belly and let him shrink and grow at the same time.

When I visited the family during the christmas break he was still able to pick me up at the Lindau railway station, or take part in a sunny one-day family excursion to the nearby mountains. I left for Beijing again, but only three weeks later I had to come back and we met at the funeral of our sister Gabriele in Berlin. „She wanted to show me the way“, he would comment upon the irony of her sudden and unexpected death by heart failure.

Another three weeks in Beijing, then another call, his voice already so frail and breathless this time that it left no room for denial. I took the next possible plane to Germany. Now it was one of his grown-up daughters who picked me up at Lindau station. My brother sat in the huge leather armchair in his living room, looking incredibly thin and beautiful. He greeted me with a warm smile.

One week of downward spiral, the outside world dark and covered by snow and ice. Saying goodbye, saying goodbye. Then no talking any more, just labored breathing and desperate struggle for a less painful position. „The last days were as if the world had stood still“, his eldest daughter wrote later. When the breathing stopped this sunday morning, his wife called the available members of the family and we sat quietly at his side until his body came to final rest.