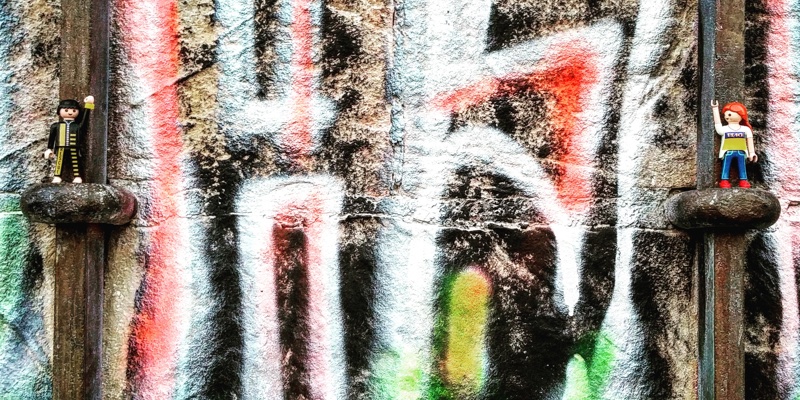 Where to we (SIC!) start? Not with story ideas and pitches, not by assigning a reporter to a new beat, not by allocating space in a paper to more stories — all the things we used to do. I would start by sending a team made up of the smartest and most open-minded people from editorial, technology-design-data, and business (because this needs to be sustainable) to spend time with the community they will serve. I’d give them strict instructions: Listen. Observe. Don’t talk. Don’t test your ideas. Don’t interview them to get quotes. Just watch and listen. Learn about their problems and goals. Find out how they try to accomplish those goals now and what frustrates them. Ask what they believe they need to know. Listen for where they’re confused, wrong, worried, and curious. Empathize. Don’t come back until you can give me insights about their lives and needs. Bring me evidence of what you find out. Then build a new journalism around them.

If we can do this — better informing and building trust even with Trump’s community — we can do the same for any community.

I’ve been a fan of Hochschild’s since grad school, but her latest book is a hot mess. The main problem is that it manufactures a series of excuses for bigotry (not racism, which is structural and not reducible to attitudes). She sets out with the ostensibly reasonable premise that people have “deep stories” about their identities and sense of belonging. This is pretty routine in ethnographic work, but things get complicated when the ethnography takes place in a society that functions in good part by circulating quasi-ethnographic accounts of itself. People are accustomed not just to having deep stories, but of thinking of deep stories as something people should have.

Take a banal example: the police arrest a young man for vandalism. He is asked (by an officer, or prosecutor, or his own attorney, or a judge) why he did what he did. It’s very likely that his answer will consist of the sorts of observations that sociologists and social psychologists have introduced into everyday public discourse. So he might say something like “My parents got divorced when I was young, so I think I was acting out to get attention;” or “I live in a poor neighborhood with bad schools, so I feel hopeless;” etc. Of course these may in fact be true; the point is that they are ready-made ways of rationalizing behavior whether or not they have any bearing on it. The suspect would have internalized the genre of sociological explanation into his self-perception, and would be ready to provide it to anyone interviewing him.

In the case of Hochschild’s book, the causal inference linking globalization, job losses, and the like to the “deep stories” told by the subjects is mediated by this genre. The reality is that the average Trump voter (to say nothing of GOP voters in general) has not experienced most of these forces. The people she met in Louisiana would have voted for the Republican no matter what, and have done so since Lyndon Johnson. People with the same “deep stories” in Kansas, Arizona, Michigan, Wisconsin, Maine, and elsewhere have repeatedly voted for conservative governors who spent years making their lives worse in palpable ways—only to be reelected.

In short, the deep stories are ex post facto rationalizations, furnished by liberal progressive academics (and I am one) to explain phenomena whose origins lie elsewhere. Until we stop reassuring ourselves that more understanding and sympathy with bigots is the only way forward, we will continue to be surprised by the results.

As for the question of persuasion, why presume that calling out bigotry is meant to change the target’s mind? Maybe it’s a matter of asserting that certain social norms are still in force, and that some of us stand behind them. I don’t call someone a rapist to persuade them to stop raping; I know they won’t. I do so to make it absolutely clear that rape is unacceptable. Once we stop calling out transgressions of basic principles, we get “alt-right” instead of “white supremacy” and the normalization of Trumpism. Persuading these people is not on the table.

[…] We are not confined to convincing people who hold repugnant views to change those views. And it’s a good thing, too, since most empirical research shows that direct efforts at persuasion are largely futile. (This happens to be closely adjacent to my own research.)

The broad consensus is that persuasion is indirect—so indirect as to qualify as something other than persuasion (say, influence). The research is all over the map, but it includes behavioral economics (“nudge” theory), neuromarketing, ritual/cultural communication, etc.

There are two main streams: various strategies for influencing the ways individuals reach decisions pre-reflectively and various strategies for inducing change in groups by altering elements of the social environment. For example, “nudge” strategies try to take advantage of known decision heuristics to lead people to making preferred choices, while cultural approaches try to take advantage of our social orientation by getting people to conform to what they think others expect.

In the case of racial attitudes and the like, it makes little sense to target individuals via nudges. So the question is: what might be a suitable “cultural” intervention? We know one that has worked wonders: popular entertainment has dramatically and very rapidly transformed attitudes toward LGBTQ people. But the same example demonstrates certain limits of the approach—once people are confronted with practical changes such as those involving bathrooms, they get uncomfortable and occasionally hostile.

Nevertheless, a key element is the one Trump has graciously pinpointed: norms of public discourse (or what he misleadingly calls political correctness). People vastly underestimate the importance of publicly reiterated social norms. It is in fact much better if racial or sexual prejudices, which are often hard to eliminate, are marked as taboo. The message cannot be “We know you’re prone to hating certain people, and we empathize with your anger, however misguided. Let’s see if we can fix some of your problems so you don’t feel so angry at them.” It needs to be “We may empathize with whatever pain you may feel, but nothing justifies spreading or acting on your prejudices.”

They may seem superficially similar, but these are very different messages, especially when publicly endorsed and backed up by every type of social authority. Giving people permission to hate actually gives them reason to hate, since it becomes a way of bonding with others. The taboo “privatizes” these hostilities, individuating them as pathologies even if every other individual also feels them. This way, they can’t function as membership cards in a shared identity. This leaves open the possibility that individuals will from time to time “act out,” or even that a certain pleasure can be had in surreptitious transgressions of the public norm. But this is far preferable to what we are seeing now. And what we are seeing cannot be explained by “deep stories” of disaffection that have existed for decades.

[…] people (all of us) have internalized standard ways of producing stories about ourselves, ways that derive partly from ethnography, social psychology, journalism, etc. This means that when we DO listen to people’s “deep stories,” we are often hearing scripted versions already designed to render subjective experiences in socially acceptable ways.

All of which is to say that taking people’s motives seriously is not simply a matter of extracting their “deep stories.” Since my own deep story matches the ones Hochschild has assembled in many concrete ways, it should be obvious that there is nothing about such stories that drives political preferences. On the contrary: political affiliation is its own “deep story,” since it is one of the ways people are bound into tribes. The result is that people tend to vote with their tribe and THEN adduce life experiences as trajectories leading them to their political preferences. This is partly what explains the disconnect between people’s policy preferences and their voting patterns. Lots of Republican voters support policies that fit neatly within the Democratic platform, but they still detest Democrats and vote against them. The same thing happens among Democrats, too.

This is why I am skeptical about think pieces purporting to show how we can persuade our opponents. This kind of persuasion rarely happens in real life. People come to change their minds sometimes, but not because someone thoughtfully listened to them, sympathized and offered sensible reasons to reconsider. When this happens, it’s usually because the person in question was already en route to the change.